Understanding Physician Compensation per wRVU Data in Light of 2020

Given the events of last year, it’s safe to say that the 2020 results of provider compensation and production surveys – due to be released in the coming months – will be unusual. But before the survey data is released, it’s important to remember what the data entails and how it’s best interpreted and utilized.

In order to align provider compensation more closely to work effort, many compensation models use general market rates that are paid per unit of measurable provider clinical work.  We know these rates as compensation per work relative value unit rates, conversion factors, or simply comp/wRVU rates.

These published rates are commonly utilized to assess general market cash compensation levels to help ensure that providers are paid competitively and at levels that are considered consistent with fair market value (FMV) and that are commercially reasonable. The published comp/wRVU rates are also commonly referenced when designing compensation models that include wRVU productivity-based components.

Though comp/wRVU rate is common terminology, many who reference these published rates may not fully understand how the data is compiled and how the rates are calculated. Often, individuals assume that these rates are reported by the respondent organizations based on the rates they actually paid to providers per the compensation terms in the employment arrangements. For example, Organization X pays internal medicine physicians $50/wRVU per the compensation model in their employment agreements.

This is simply incorrect.

What is really happening behind the scenes is that the survey organizations distinguish the providers for which they have both total annual cash compensation data and total annual personally performed wRVUs. The survey sources then calculate each individual provider’s effective comp/wRVU rate, and those effective rates comprise the dataset.  Not all providers have both total cash compensation and wRVU production reported, but generally it’s a substantial subset of the overall data, varying somewhat by specialty. 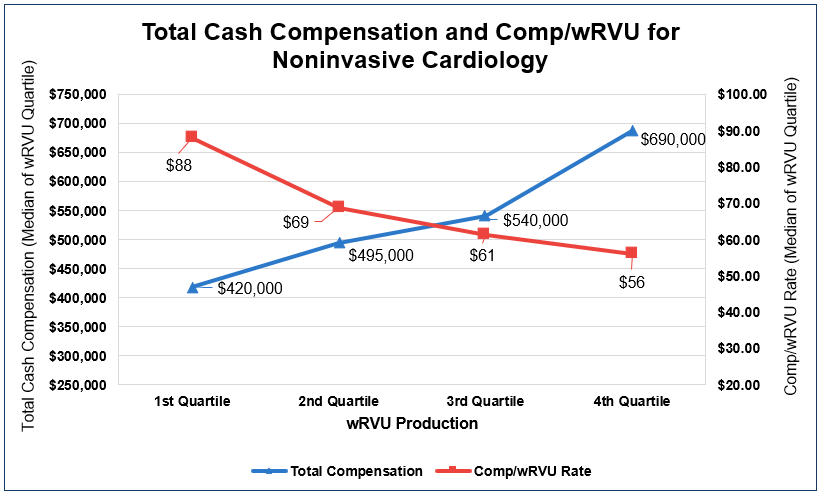 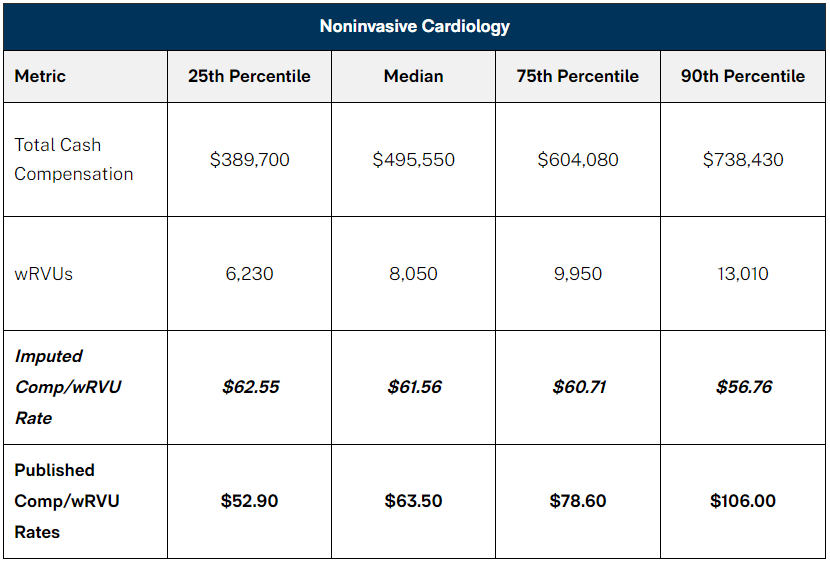 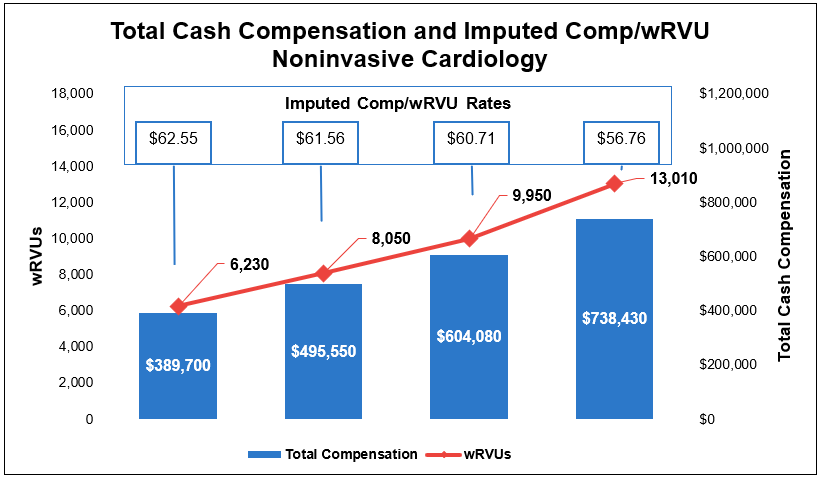 It should be noted that the imputed rate calculation and resulting imputed comp/wRVU rates are included only to help illustrate the dynamic between comp/wRVU rates and total cash compensation that is being investigated. We do not suggest that this is a statistically accurate method to interpret the market data.

So, what does it all mean?

At KSM, you’ll be encouraged to find your purpose, exercise your creativity, and drive innovation forward.

Explore a Career Full of Possibilities